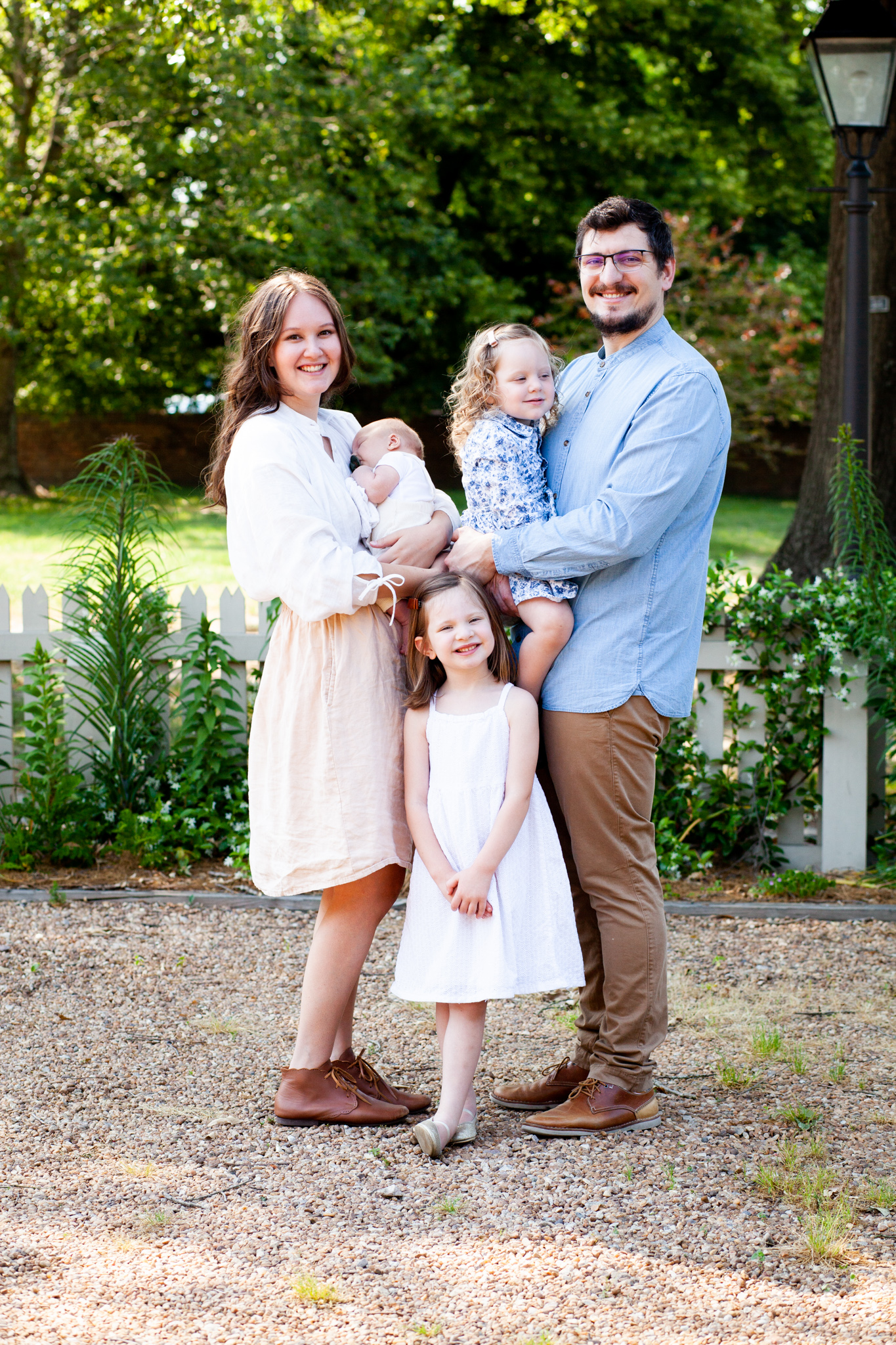 Gabriel was born and raised in Romania, where he received his Bachelor’s Degree in Pastoral Theology, but moved to the U.S. in 2015 to study at Southeastern Baptist Theological Seminary in Wake Forest, NC. He married his wife, Emma, later that year, who was also a student at SEBTS, and the Lord has blessed them with three children: Roua, Silvia, and Ralf. While still in seminary, the Lord prompted the Arons to begin serving in church ministry in Henrico, VA, and Gabriel completed his M.Div. in 2018, a few months after being hired and called as the Family Ministry there. He and Emma have the great joy of raising their children in the knowledge and grace of the Lord Jesus and desire to be faithful to the Lord in proclaiming His saving grace through Jesus to all nations. Since 2021, the Arons have been in the onboarding process to move as missionaries and church planters to the southeast of Romania, sent by the church in which they currently serve and partnering with East-West. Their work in Romania will be focused on proclaiming the gospel among the lost, especially the unreached; training, encouraging, and raising national leaders; and planting healthy churches. They are hoping to move to Constanta, Romania, in the fall of 2022.